It is that exhilarating time of the year again and every year i feel the same commotion. Everywhere rainbows, people dressed in full pink and other over-the-top outfits. In every face an infinite smile. Pride is officially organized in Amsterdam since 1996, although the city had already host its first Euro Pride in 1994. In 2001, The Netherlands, pioneered same-sex marriage legalization, a law which widespread in nine other european countries until now. “The freedom that we almost take for granted in The Netherlands is one that most people can only dream about”, said Lucien Spee, the general director of Amsterdam Gay Pride Foundation. That’s why this celebration is so vital.

What makes this Amsterdam pride special is that you feel the support of the citizens to the cause, it’s not just the community celebrating itself. People get involved despite their sexual orientation, as they look at it as something bigger, a human rights issue. The freedom to love who you love, but most importantly the right to be who you are, no matter what that looks like. Conchita Wurst, the embassador of Euro Pride 2016, added “Amsterdam pride blew my mind. Seeing a grandmother with her grandkids waving rainbow flags… it’s just so beautiful”. This is a party of peace, love, compassion, warmth, inclusion, and ultimately freedom. For every-body.

On a personal note, this is a great example of why i moved to Amsterdam. The idea people are discriminated on basis of gender or sexual orientation is science-fiction to me. In that extent, pride is the perfect way of describing what i feel regarding this celebration and what it means to the city, and to all of us.

One thought on “Pride for ‘every-body’” 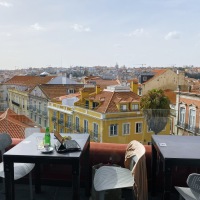